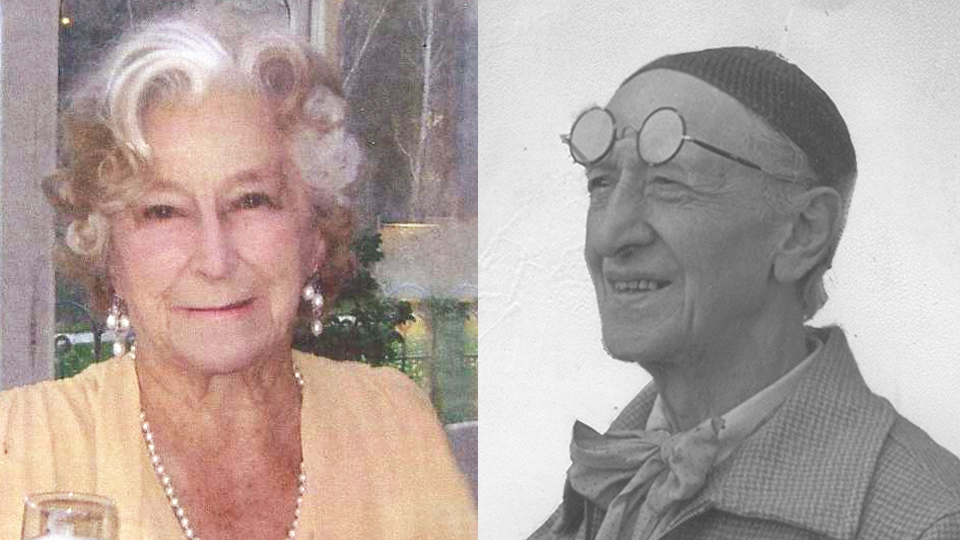 A big thank you to Life Member and former bbodance Director, Nesta Bellis, for the first-ever anniversary message we've received this year!


Memories of early days of the BBO


Because I was considered having ‘promise’ by my dancing teacher in Southport, I was encouraged to take private classes with Edouard Espinosa in Liverpool. He was touring the country, trying to improve the standard of ballet teaching. He was part of an elite group comprising of Adeline Genée, Judith Espinosa, Felix Demery, Ninette de Valois, who co-founded the AOD (Association of Operatic Dancing) along with Philip Richardson. Espinosa was the teacher. The AOD was mainly in London and given the Royal accolade, becoming the Royal Academy of Dancing.

‘Espie’ split from them in 1930 and formed the British Ballet Organisation, running it from his beautiful home in Barnes. He had married Louise Kay and they had two children, Edward and Yvette. Concourses were held there every Easter. One day Anton Dolin walked in carrying pointe shoes. Espie told him to ‘Get out of my studio and take those shoes with you’!

Espie wore red leather shoes and smoked a great deal. During an Advanced class he used to tell us about incidents which ‘stopped the show’! One being:

Many years ago, when the Pas de Quatre was being choreographed — this was a performance bringing together the greatest ballerinas of that time, Maria Taglioni, Lucile Grahn, Fanny Cerrito and Carlotta Grisi. Each dancer, thinking they were the stars of the programme, wanted to perform last. It was suggested that the eldest should dance last. Egos assuaged, problem solved! And so our logo was created from this performance.

His Advanced classes were wonderful. One day he promised to give £2 to anyone who could turn the most in a pirouette. I won and have the money to this day.

The Liverpool School of Dancing was run by Monica Bretherton and Muriel Carpenter. At the school’s annual display held at the Crane Theatre, Monica and Muriel performed a routine entitled Simple Simon Went A-Fishing, choreographed by Espie. It was hilarious. Monica (a weighty woman no less) had Muriel on the end of a fishing rod doing ‘Brisé Telemark’ all over the stage.

I was sent to the provinces to teach, starting in Stockton-on-Tees. I didn’t feel comfortable and safe in the lodging, so I didn’t stay long. South Africa asked BBO to send someone over to teach the new syllabus. They wanted to send me as I had the most knowledge, having my Advanced and Solo Seal. They wanted me to start immediately, as all the centres were booked up. Sadly, as I was only 17 at the time, I could not go, as you had to be 18. I was brokenhearted.

Espie wanted to promote young English dancers and took the Lyric Theatre for 4 weeks. I was fortunate to be one of them. It was all so exciting, a great deal of press coverage. During the two weeks of rehearsals we were supposed to stay at Headquarters but they had some foreign visitors so we had to have a flat in Earl's Court. Just before opening night we rehearsed into the night and our feet were so sore we had to walk back to our digs in Earls Court bare-footed!

We performed Sylvia and a piece called Pro Patria, which was a series of national dances (en pointe)! Louise Kay appeared as Britannia and sang and Eddie Espinosa tapped, he was a dancer at The Windmill Theatre. At night Espie sat in the Prompt Corner blowing kisses to us as we danced past — a lovely man. The next few months we stayed at the Girls' Theatre Club and freelanced but war clouds were looming and theatres closed down.

Years later, living in Wallasey, I was married with a baby, my dancing days I thought were over. But the doctor’s wife called, having heard I had been a dancer and asked if I would teach her two children. I was not interested but she badgered me. I wrote to Espie and asked him what must I do to gain my teaching qualifications. Back came a lovely scroll tied with Blue Ribbon and a message, To my favourite pupil. The school grew and grew.

His advice to us which I pass on to all young teachers — the Baby Class is the most important. It was for me. Many of ‘my babies’ were at my hundredth birthday celebrations last March.

The BBO has given me a wonderful life. Happy Birthday.