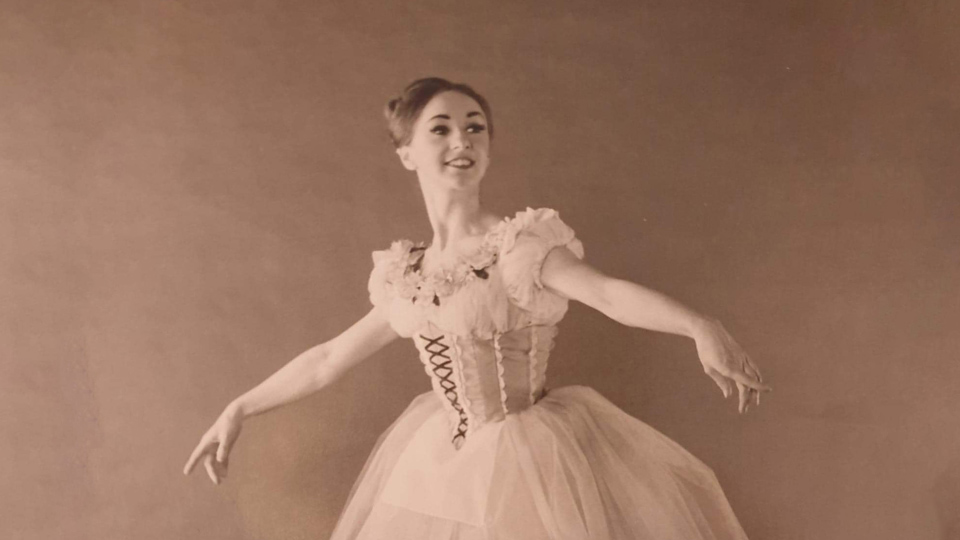 After more than 50 years of teaching in studios around the world, Brenda Last OBE, a former Principal of Sadler’s Wells Royal Ballet in London (now Birmingham Royal Ballet), will deliver her first-ever online masterclass this October.

Miss Last created this masterclass because, in her words, "I saw the poster of Cleo Nordi in the foyer at bbodance on the front of The Dancer magazine and thought, that ties in well to a film I have of her coaching me on the 'Pizzicato' Solo from Sylvia. I thought I could teach that to a Royal Ballet dancer in the bbodance studio and then we can Zoom the class out to the world. We have to look to the past to make the future better!"

The theme of the masterclass is passing on Ballet Repertoire through one-on-one tuition. Miss Last will coach Royal Ballet Soloist, Isabella Gasparini, in the 'Pizzicato' Solo that she learned from Cleo Nordi, a Pavlova Company Soloist. Unusual for the time, Miss Last's coaching with Miss Nordi was partially captured on film. After 50 years of teaching, Miss Last is once again on the forefront of technology used in dance, but this time on a much wider scale.

The masterclass will be live-streamed in a COVID-secure manner, with minimum staff, from the headquarters of bbodance, a 90-year-old international dance awarding organisation of whom Miss Last is Patron.

The masterclass is open to all dance students, teachers, and lovers of the art form and will be especially interesting to students of Dance and Ballet History.

A celebrated British soubrette and a pillar of the bbodance community for more than 60 years, Miss Last has inspired countless students and instilled in them a lifelong love of dance. Miss Gasparini will be joining her with the kind permission of The Royal Ballet Director, Kevin O'Hare.

The masterclass will be accompanied on the piano by Miss Last's husband, musician Stephen Lade.

The launch of this masterclass comes shortly after bbodance's recent announcement that, to support its students and teachers during the COVID-19 pandemic, it has moved its tuition completely online for the first time in its 90-year history.

The offering includes a full week of intensive online classes during half term.


bbodance celebrated its 90th anniversary this spring, also in an online format.

Born in London in 1938, Brenda Last, ARAD, F bbodance, OBE trained with highly regarded teachers such as Vera Volkova and at the Royal Ballet School. In 1957 she was one of the founder members of Western Theatre Ballet, which later became Scottish Ballet. Miss Last joined The Royal Ballet In 1963 and became Principal two years later, dancing all the major roles and appearing in Frederick Ashton’s film, The Tales Of Beatrix Potter. Miss Last was subsequently appointed Ballet Mistress and Répétiteur to the Company. Between 1977 and 1980, Miss Last was Artistic Director of Norwegian National Ballet. Returning to London, Miss Last taught throughout the world for the Royal Academy of Dance and gave classes to the English National, Scottish, Royal New Zealand and Australian Ballet Companies. Miss Last subsequently joined the faculty of the London Contemporary Dance School, where the first degrees in dance in Europe were awarded, and worked extensively with the Noriko Kobayashi Ballet in Tokyo, where she mounted works from The Royal Ballet’s repertoire. Brenda Last is a Patron and Fellow of bbodance; she was a Trustee of The Royal Ballet Benevolent Fund for 30 years and has been an Advisor for the Arts Council of Great Britain. In 2012, Miss Last was awarded an OBE in The Queen's Birthday Honours List for her services to Dance. In February 2017, she received the Jane Attenborough One Dance UK Industry Award.