An amazing time at Scholars Weekend '19! 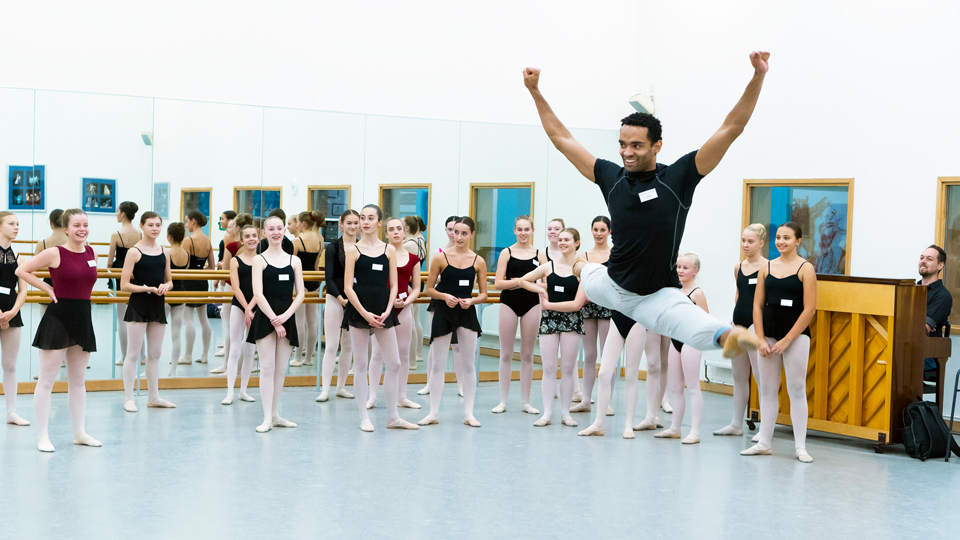 Thank you to everyone who joined us for this year's edition of Scholars Weekend — bbodance Scholars, Teaching Qualifications students, teachers, Examiners, observers, parents, and, of course, former Scholar and our youngest Patron, Birmingham Royal Ballet Principal, Brandon Lawrence!

Scholars Weekend is the largest event for students on the bbodance Scholars Scheme; it gives bbodance Scholars the chance to meet their peers from across the UK and experience new genres and repertoire. This year, bbodance Scholars took two days of intensive classes in Ballet, Musical Theatre, Contemporary, Jazz, and Commercial Dance taught by exceptional faculty. To celebrate our upcoming 90th anniversary, select Ballet and Repertoire classes were taught by Brandon Lawrence.

The event also allowed bbodance teachers to take Continuing Professional Development (CPD) courses on topics of interest, from bbodance syllabi to dance technique and well-being. Two of this year's courses were also offered online via livestream, accessible to all our teachers across the world, and were joined by bbodance teachers from Australia and New Zealand.

This year's CPD attendees also included our Dance Teaching Qualifications (TQ) students, who accomplished part of their coursework on-site, and bbodance Examiners, who took part in specialized training. Some bbodance teachers who chose to observe their students in class were also on the scene.

We hope you had a great time at Scholars Weekend '19, and see you again next year!