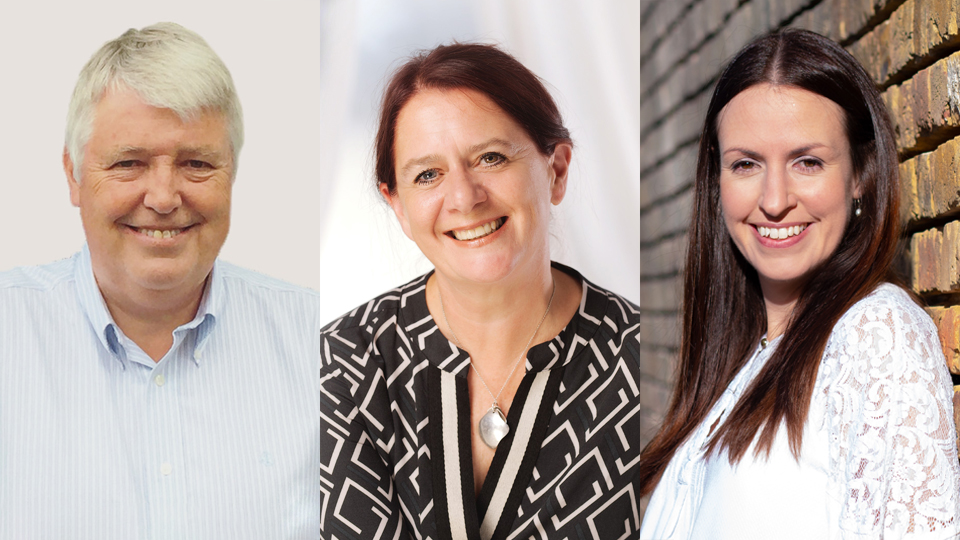 Our longstanding CEO, Robin Bloor will step down at the end of January and be succeeded by Julie Bowers and Fiona Knower. They will be joint CEOs.

Robin was initially a bbodance Trustee; for a short time, he served as CEO together with John Travis, taking over upon John's retirement. Working closely with the Trustees, he spearheaded the modernisation, rebrand, and relocation of our organisation to Battersea to revitalise it for new generations of dancers.

During Robin's tenure, we saw the addition of new syllabi, including the very popular Musical Theatre, a complete overhaul of our Teaching Qualifications programme, great additions to the bbodance team, including Julie Bowers, and increasing engagement from personalities such as Sir David Bintley and Craig Revel Horwood.

"When I started as a Trustee in 2006, we had no idea of the journey that lay ahead of us — and what a journey it turned out to be! I have had tremendous support throughout from our Executive Chairman, Nic Espinosa and I would like to record my gratitude for all the guidance he has provided and how selflessly he continues to support bbodance. My colleagues, headed by Julie and Fiona, will continue to support all of you. Julie was recently shortlisted in the last three nominees to the OneDance UK People's Choice Award. It is difficult for me to convey the depth of positivity she has engendered throughout the pandemic; the volume of written appreciation is unprecedented and therefore the recognition is absolutely well-deserved. Over my 40 years plus of working life I have been fortunate to work with some exceptional people—Fiona Knower is up there with the best of them!" Robin said.

Julie is our current Director of Artistic Development, while Fiona, whom many of you know personally, has been Robin's right-hand colleague for more than 10 years as Head of Operations.

Both were appointed as CEOs by the bbodance Board of Trustees.

"Our historic organisation continues to modernise due to the love and devotion of all its officers, staff and members. People are truly our greatest asset and I'm delighted that, at the end of Robin's industrious tenure, the torch will pass to two exceptional colleagues," said Nic Espinosa, bbodance Chairman.

Robin Bloor became a bbodance Trustee in 2006, when the organisation was still based at its historic headquarters in Barnes. Robin shortly joined the dancer and teacher John Travis as CEO. Working closely with the Board of Trustees, he moved the organisation to Battersea Reach in October 2015, a location that he discovered. The new headquarters started out as an empty shell of concrete that was fitted to accommodate the growing organisation. During Robin's tenure, bbodance saw a refresh of its historic brand, the addition of new syllabi—including the very popular Musical Theatre—a complete overhaul of its courses, amazing additions to the bbodance team, including Julie Bowers—and increasing engagement from important names in the world of dance such as Sir David Bintley and Craig Revel Horwood. Robin is particularly proud of how the bbodance team responded to the huge demands placed on the organisation as a result of the pandemic and, even as he steps down, looks forward to seeing it progress in the future!

Julie Bowers BA Hons ARAD RT bbodance, bbodance Examiner trained in the bbodance Classical Ballet syllabus at a bbodance school in Staffordshire. After being on the organisation's scheme for talented students, the bbodance Scholars, she progressed to Elmhurst Ballet School, where she was the first-ever Head Girl, and the Royal Ballet Upper School. Julie subsequently became a professional dancer with The Royal Ballet and appeared in Serenade, Consort Lessons, David Bintley's Still Life at Penguin Café, and many other productions. After retiring in 1991, Julie pursued a BA Joint Honours degree in International History and American Studies and taught at Northern Ballet School and The Hammond School (Deputy Head of Dance). Subsequently, at the Royal Academy of Dance, Julie created the very successful RAD Associate Scheme now running throughout the UK, Europe, and Canada, and the Genée Dance Challenge, a competition now held in the UK, Europe, Australia, South Africa, Canada, and the United States. In recognition of her work during the pandemic, Julie has recently been shortlisted for the OneDance UK People's Choice Award 2021. Get in touch on LinkedIn.

Fiona has been with bbodance since January 2011, when the organisation was run from Woolborough House in Barnes; she has been Head of Operations since 2014. Having worked closely with John Travis and Robin Bloor, Fiona has grown to know all areas of the organisation and a great many of its members and students on a personal level. She looks forward to meeting many of our new members from around the world! With an academic background in English Literature and Performing Arts, Fiona has worked in the arts for nearly 15 years. Prior to this, she was a department manager in Harrods from the tender age of 22, where she honed skills in project management, human resources, and customer service. Fiona is dedicated to improving the experience of our members and has been very excited to contribute to our incredible growth during the past few years. She is excited to see what the next ten years bring and what we can continue to achieve as a team! Get in touch on LinkedIn.