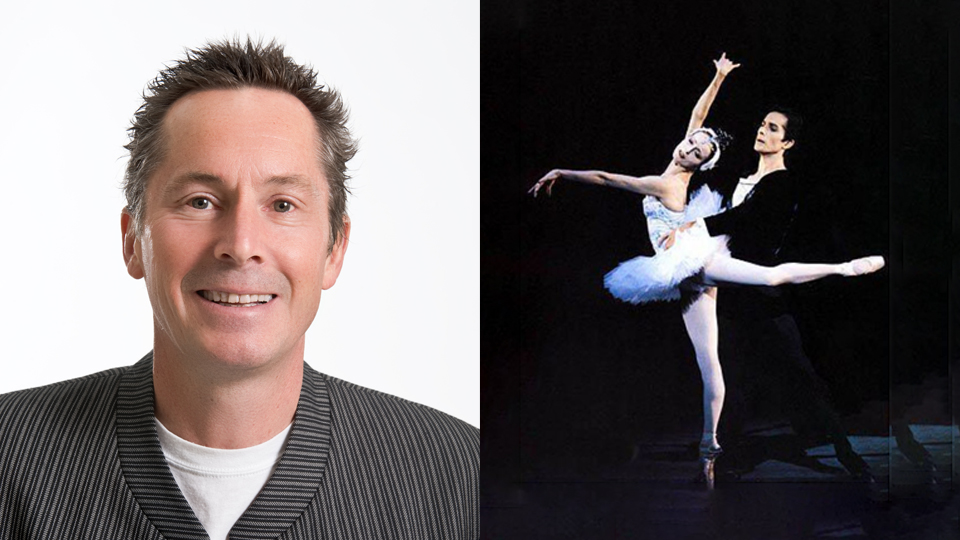 Joining former Royal Ballet First Soloist and Principal Guest Artist, Gillian Revie, who is also a Patron, Martin's primary role will be to support our events in Australasia and help develop our presence there.

As many of you know, Martin has already attended our biggest event in Australia and New Zealand, Dance Days, earlier this summer, and presented the major awards alongside Gillian Revie.

"It's wonderful to have been asked to become a bbodance Patron; between New Zealand and Australia, Gilly Revie and I shall help this wonderful organisation achieve recognition and exchange ideas in every way we are able! I look forward to engaging with bbodance and its team, who work tirelessly to support their members around the world," Martin told us.

"Martin was trained in New Zealand and, following a fantastic international career, especially in Europe, has now returned to coach and shape young talent in the Southern Hemisphere. He was an obvious choice for us to support our members and growth in Australia and New Zealand," added our CEO, Robin Bloor.

bbodance Australasia is currently preparing for a special edition of Dance Days, which will celebrate the 90th year of bbodance in Sydney and Christchurch in July 2020.

Born in Christchurch, Martin James graduated from the New Zealand School of Dance and was Principal Dancer with Royal New Zealand Ballet, English National Ballet, Deutsche Oper Ballet, and Royal Danish Ballet. During his years with the company, Martin received a medal from Her Majesty Queen Margrethe II of Denmark for his contribution to ballet and dance. Currently, Martin is a freelance Guest Teacher and Ballet Master with major European companies and regularly coaches at the New Zealand School of Dance and Royal New Zealand Ballet. Martin has also been an adjudicator and host for New Zealand's largest Ballet competition, the Alana Haines Australasian Awards, and is a celebrated painter and graphic artist. Martin intends to mount his first showing in Australia when time permits.