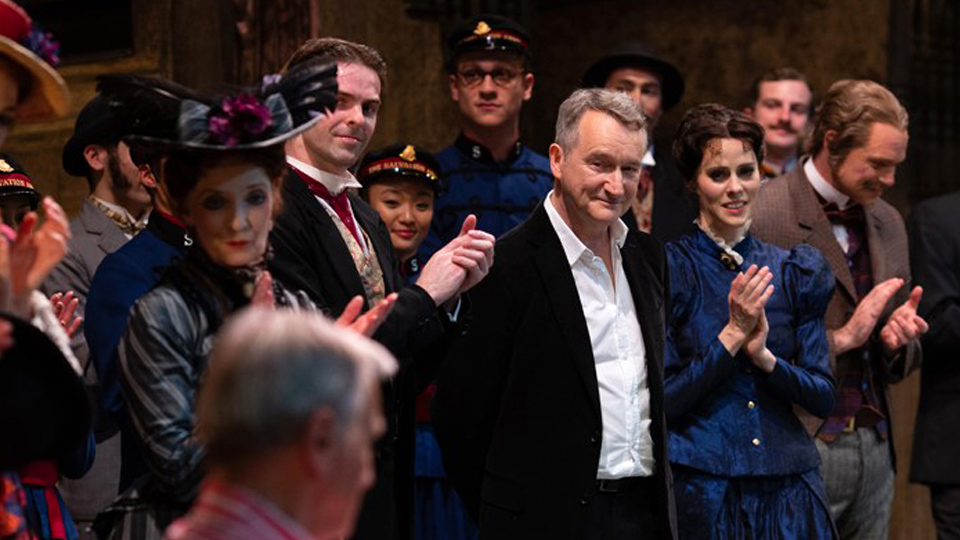 We're delighted to let you all know that, as of today, the internationally acclaimed choreographer and former Artistic Director of Birmingham Royal Ballet, Sir David Bintley, CBE has become our Vice President. Sir David has agreed to join us after watching students perform at our biggest event this year, Dance Days. "After that performance, I'm going to have to say yes," he told us then, and we're thrilled to be able to share this with you today.

As Vice President of bbodance, Sir David Bintley will support our activity and development at an international level. Sir David has recently decided to step down from BRB in order to choreograph throughout the world; he is also well-known for supporting and nurturing young artists from all backgrounds. Because of this, Sir David was a natural fit for this position.

bbodance Head of Membership & Communications, Julie Bowers, who was in the original cast of Sir David's Still Life at the Penguin Café at The Royal Ballet, can fully attest to this. "He gave us roles and opportunities no one else would have," she remembers fondly. "He encouraged us to be honest and true to ourselves," she said, which, as you all know, resonates with our organisation quite strongly. After all, bbodance was founded by a kindred spirit, Edouard Espinosa, a famous dancer and choreographer who travelled the world to teach and examine. Nurturing creativity through our multi-genre syllabi, teacher training, and events has been at the core of our mission throughout our 90-year history; in Sir David, we're delighted to have found someone who appreciates this outlook.

"Although I have spent most of my professional life in Classical Ballet, I had a broad dance training as a youngster and have a great appreciation for all dance disciplines," Sir David told us. "bbodance, with its wide provision of training not only in Ballet, but also in Jazz, Tap, Musical Theatre, Modern, and Contemporary, and its ongoing development of teachers, seems to me like no other organisation, which is why I am attracted to it and proud to have been asked to become Vice President."

"Sir David joins us in the lead-up to our 90th anniversary, at a time when we're modernising and reannouncing ourselves to the world of dance. We are truly honoured to have his support," declared our CEO, Robin Bloor. This is the other "exciting announcement" he was alluding to in his Annual Message to Members not long ago!

We hope you join us in welcoming this extraordinary dance personality to our organisation.


Sir David Bintley joined Sadler’s Wells Royal Ballet after graduating from The Royal Ballet School in 1976. He made his first ballet for the company two years later and became Resident Choreographer in 1984. He was a noted character artist, particularly in the ballets of Ashton and De Valois, and won an Olivier Award for his performance in the title role of Petrushka. He left the company ten years later to join The Royal Ballet as Resident Choreographer and Principal Dancer at the invitation of Sir Anthony Dowell and spent six further years at Covent Garden before leaving to freelance in 1992.

In 1990 Sadler’s Wells Royal Ballet relocated from London to the Midlands and became The Birmingham Royal Ballet. In 1995, Bintley succeeded Sir Peter Wright as Director, a post he went on to hold for twenty-four years. He was concurrently the Artistic Director of The National Ballet of Japan (NBJ) from 2011 to 2014.

In addition to the two Royal Ballet companies, Bintley’s work has featured in the repertory of many of the world’s great ballet companies — Stuttgart, Munich, San Francisco, Houston, Boston, Sarasota, Atlanta, Salt Lake City, Australia, Hong Kong, Bordeaux, Helsinki, P.A.C.T., Star Dancers, and NBJ in Tokyo. The recipient of numerous awards, he was made a CBE in the 2001 Queen's Birthday Honours and knighted in 2020.